On October 23, the first WHIP TROPHY was held, an event dedicated to Maxi Enduro and Dual Sports that brought an absolutely new format to the industry.

The day on Sunday 23 was an opportunity not only to explore the territories of southern Tuscany and Umbria, but also to test the functionality of the WHIP LIVE app. During the event, in fact, all guests navigated the trail using WHIP. 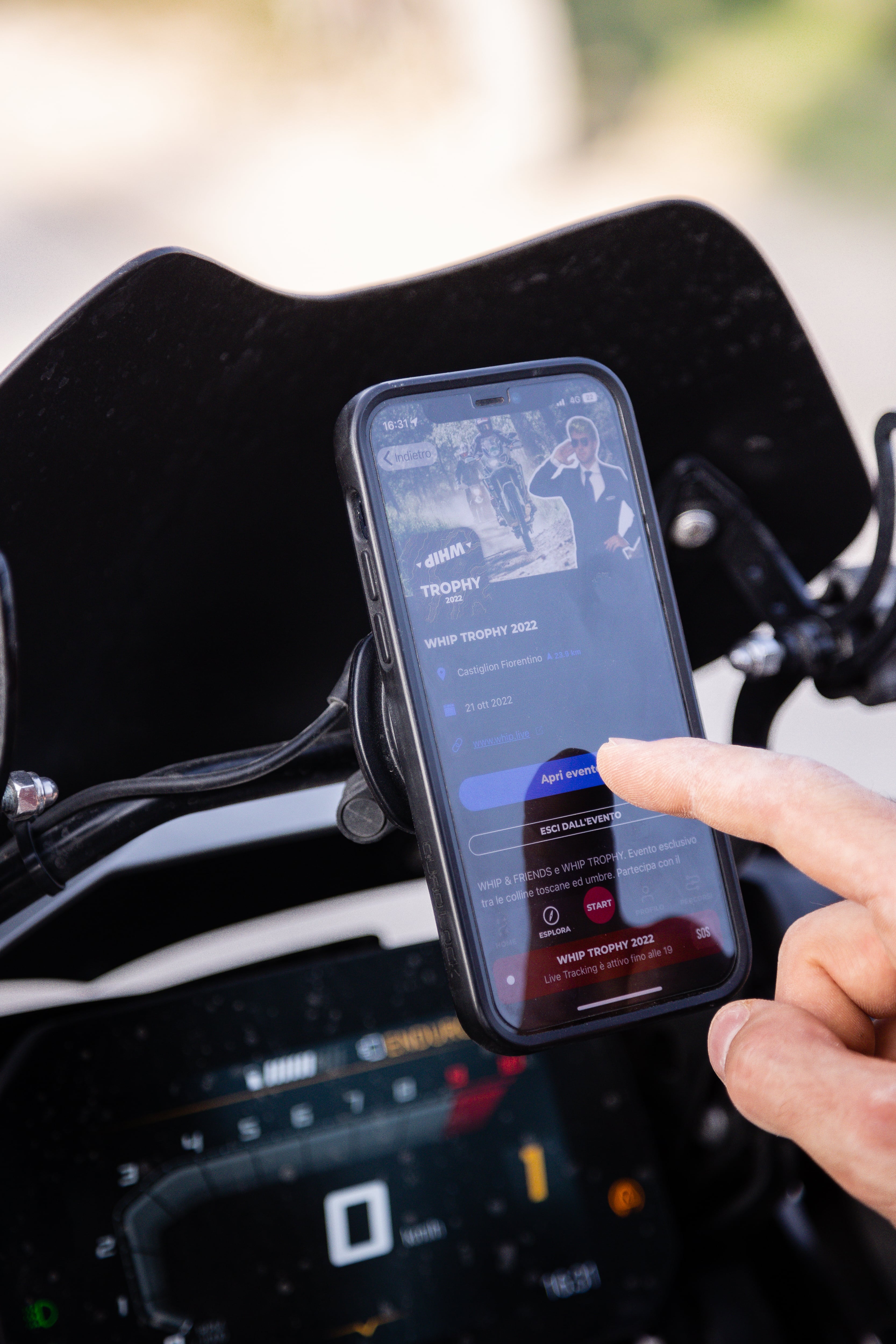 The absolute novelty of this event, however, was the treasure hunt, a completely new format in the field and one that saw participants try their hand at finding carefully chosen waypoints. The rules were simple, 3 teams with 3 participants each and 6 waypoints to find. The locations had to be reached by planning the route with WHIP LIVE and the discovery witnessed with a photo. 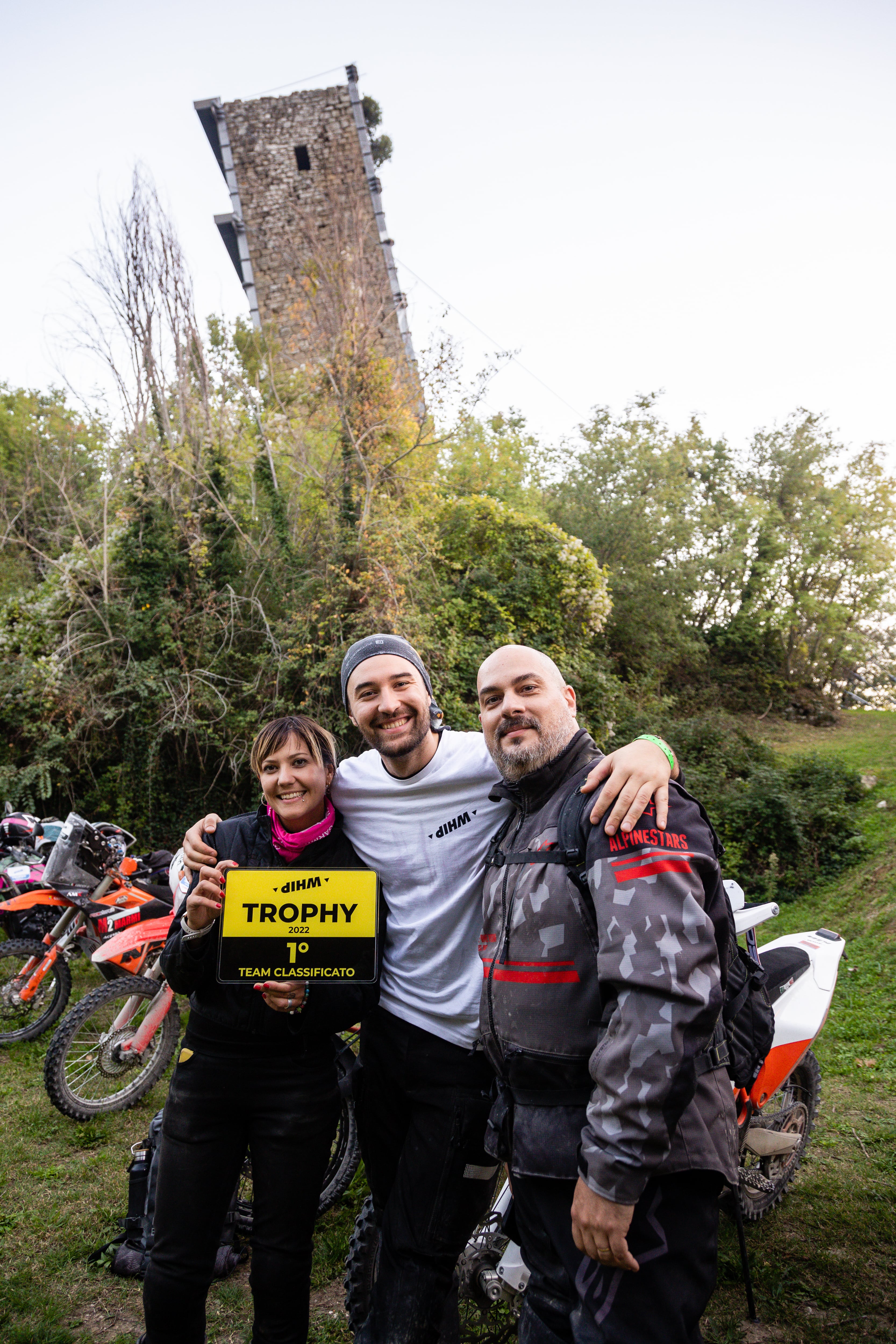 The winners of the treasure hunt

The treasure hunt was also an opportunity to reveal the launch of WHIP's new campaign, "The Bodyguard." An initiative that aims to raise awareness of safety during one's outings in a nice way. Because while it is true that the day on October 23 was fun and enjoyable, it was also true that it all took place in complete safety, with the participants monitored in real time thanks to the app's Live Tracking. 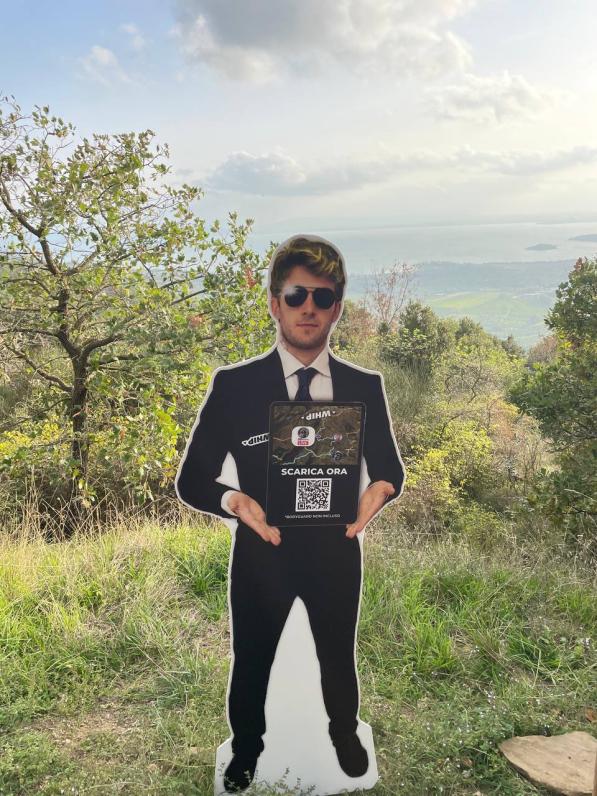 The bodyguard silhouette was one of the waypoints to be found during the treasure hunt.