July 8-10 Italian round of the FIM Hard Enduro World Championship at Abetone (PT), where WHIP will be a technical partner for both rider tracking and the digital map of the event.

After last year's success, Hard Enduro returns to Tuscany in July thanks to the Red Bull Abestone, three days of racing in sun, mud and adrenaline.

The official round of the FIM Hard Enduro World Championship, it will see the world's best riders in the discipline compete in an initial training day, followed by the official qualification for the actual races on Sunday, divided into Final and Super Final (in which the top 50 finishers from the previous day participate).

Last year's edition saw Manuel Lettenbichler, Graham Jarvis and Billy Bolt, vie for the podium, but it was the latter who won the stage with a run that was nothing short of spectacular.

This year the competition is fiercer than ever, and names like Jonny Walker, Taddy Blazusiak, Mario Roman and many others will try to take the crown away from English.

Discover all the details of the event

WHIP in support of the Event

For this edition, the organizers decided to rely on WHIP's tracking system to monitor the riders and thanks to which it will be possible to follow the race in real time.

But that's not all: through the app you will also be able to access the digital map of the event and find your way around the many booths and events at the three-day event. We look forward to seeing you at our booth so you can experience WHIP LIVE, the app entirely dedicated to the world of offroad. 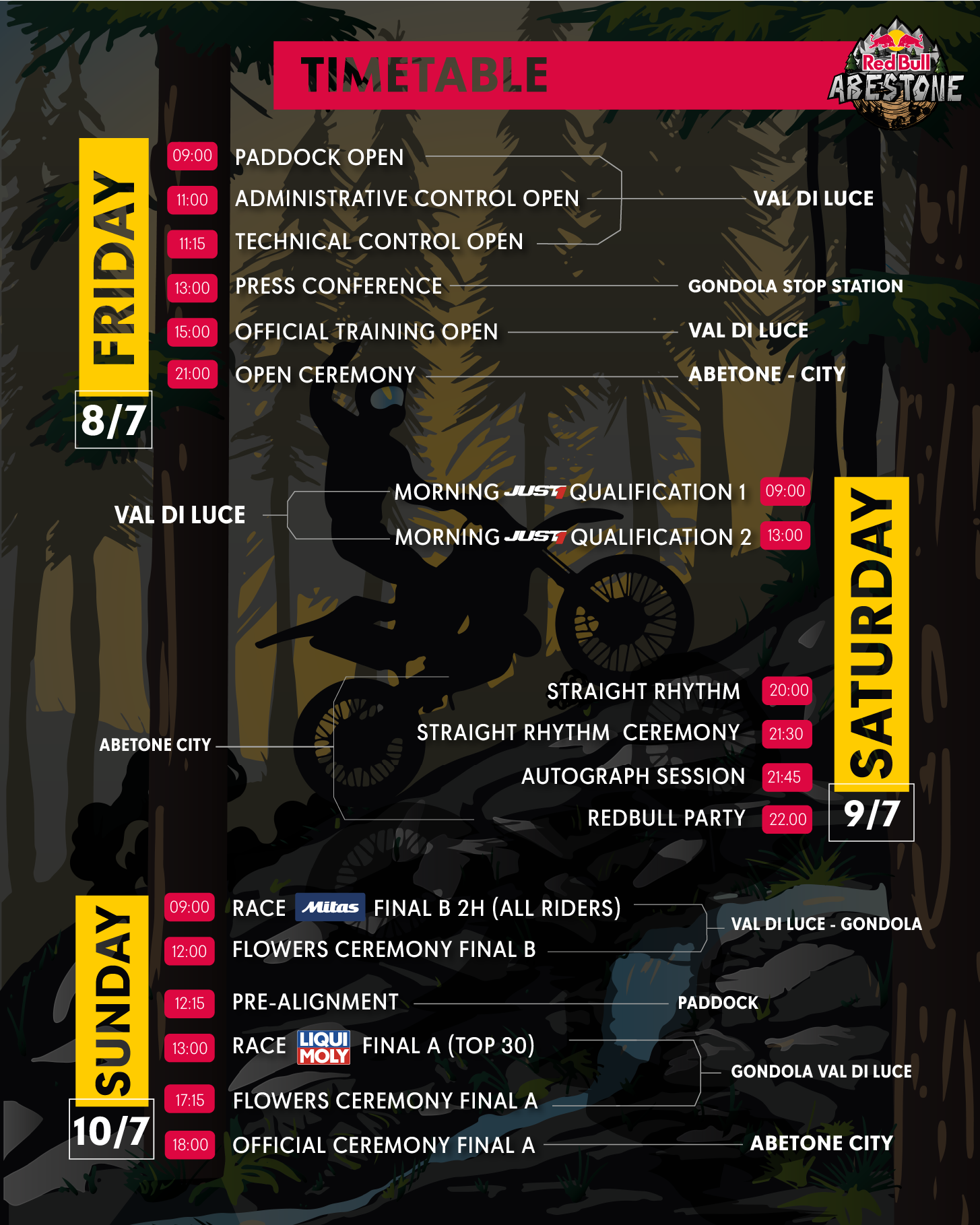 Through the smartphone of each participant and staff member, the organization can monitor the rides, the track covered, the riding times and the speed along the route. To ensure an all-rounded safety, there's a live status update for every single participant and a global overview. Under request we also provide public Live Tracking overviews for the event to be followed live from a remote audience.

With WHIP LIVE you can navigate and download the official event tracks* or upload your own GPX files to follow the track and get turn-by-turn instructions at every intersection on roads and trails.

Not all the events release their tracks officially

Register or login if you already have an account.

Click on the "Profile" tab at the bottom and select "settings" at the top right.

Find out how to use our Live Tracking service at your event as well. Discover more