5 percent is the average percentage of women globally in the world of motorsport-a male world one might say. Arianna Lenzi and Francesca d'Alonzo, however, were not deterred by this paradigm, took up the challenge and worked hard to arrive prepared in what could be one of Europe's toughest cruising events, not only because of its duration, but also because of the surfaces in which the drivers grappled, from deep sand to inland European woods.

Francesca took her first motorcycle in 2021, six months after passing her driving test-a complete stranger to the two-wheeled world. Supported by Silvano Nascig, a former motorcycle rally champion, she managed to learn in just one year what there is to know to tackle a race like the Gibraltar Race riding her Yamaha Tenere 700 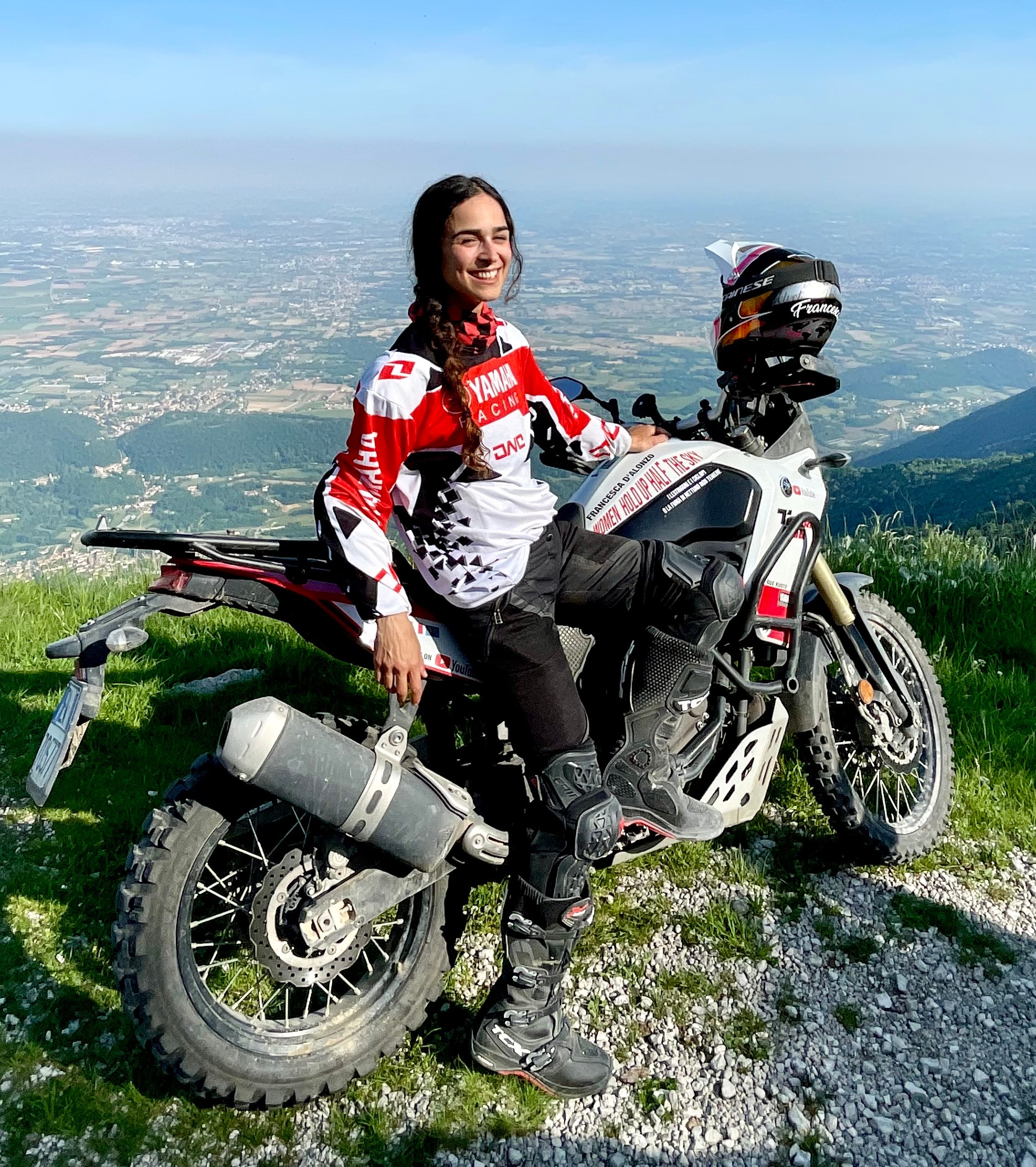 "At the beginning of this year, Yamaha offered me to participate as an official rider in the Gibraltar Race despite the fact that I have only been riding motorcycles for a year and a half. When I found out what it was all about, I realized that I was nowhere near ready to tackle this marathon but with hard training and the help of the right people, I could expect to complete it. Flanked by Silvano Nascig, a motocross and enduro champion, I have spent the last few months training as much as 10 hours a day in preparation for this race that will start on June 20 from Prague."

Arianna is an experienced motorcyclist who has always been passionate about traveling and off-roading and often participates in Enduro races with her Beta. For this Gibraltar she decided to participate with her trusty Honda CRF 250L, you read that right: 250! A juggernaut among the travel beasts she has competed against. 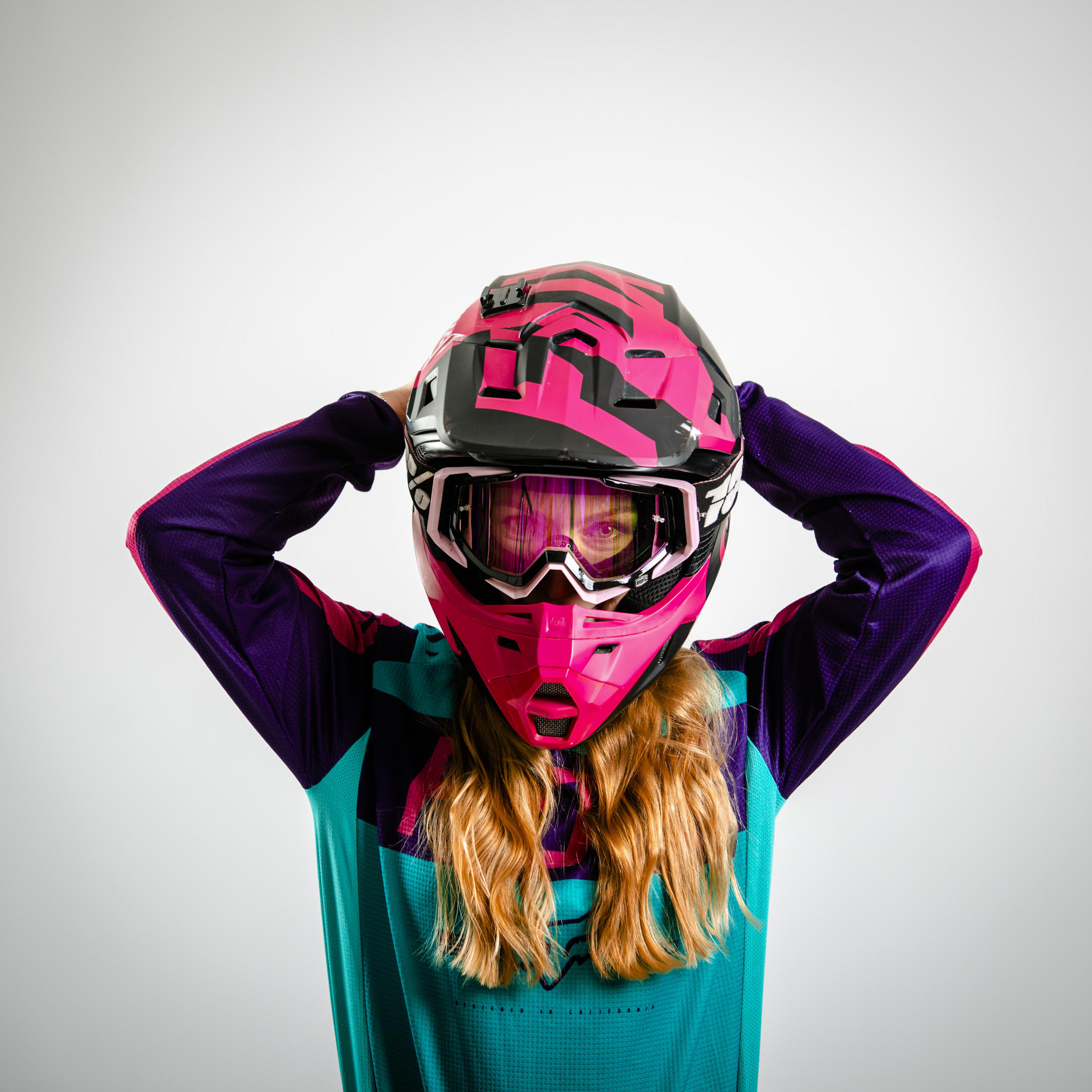 The route of Gibraltar Race 2022 winds through a geography of incredible variety and charm that this time will touch the Czech Republic, Poland, Lithuania and Latvia. 1__2 stages, 77 runners__ from all over Europe, The rules are based on those of regularity races: in the morning the organizers release gpx tracks with waypoints to be reached compulsorily, each a delay or missed waypoint assigns penalty points and the one who has accumulated the least amount wins. Born in 2016, it immediately became very successful, the first edition started from Athens with arrival in Gibraltar, but only the latter became symbolic for the purposes of the name, the stage is in fact also reprised in subsequent editions to sanction the end of the race.

During the journey there was certainly no shortage of mishaps: Arianna had to struggle with a few technical glitches while Francesca was a participant in a crash that scarred her for the rest of the race by suffering a bad hematoma in her right eye. Nevertheless, Francesca managed to finish 39th overall while Arianna finished the race with an incredible 30th place overall, out of a 250!

Arianna Lenzi and Francesca D'Alonzo were the only women to take part in this edition of the Gibraltar, but they were certainly an example and a reference to all those who would like to enter the world of motorsport but feel somehow excluded from an environment that is still predominantly male.

We at WHIP are proud to have been part of this journey and to have supported Arianna and Francesca with our Live Tracking and we would like to thank them for telling us about the Gibraltar Race through their content.

The adventures of our Ambassadors

From Milan to the North Cape in fixed gear

An adventure that bears the name of Pietro Franzese, a young man conquering Europe with his homemade single-speed