From Spain to Portugal
by motorcycle

Mariaelena is a young Tuscan girl with a passion for two wheels. It is this passion that has led her today to embark on a beautiful journey of Martian vistas, heavenly beaches and jagged cliffs. Departure is set from Genoa for eight o'clock in the evening with arrival in Barcelona in the late morning. Motorcycles, luggage and off we go!

Live Tracking of the journey

Mariaelena shared Live Tracking via WHIP LIVE and allowed us from home to follow her throughout her journey.

The first day of the trip starts right from Barcelona where a beautiful, scorching summer day welcomes Mariaelena's arrival 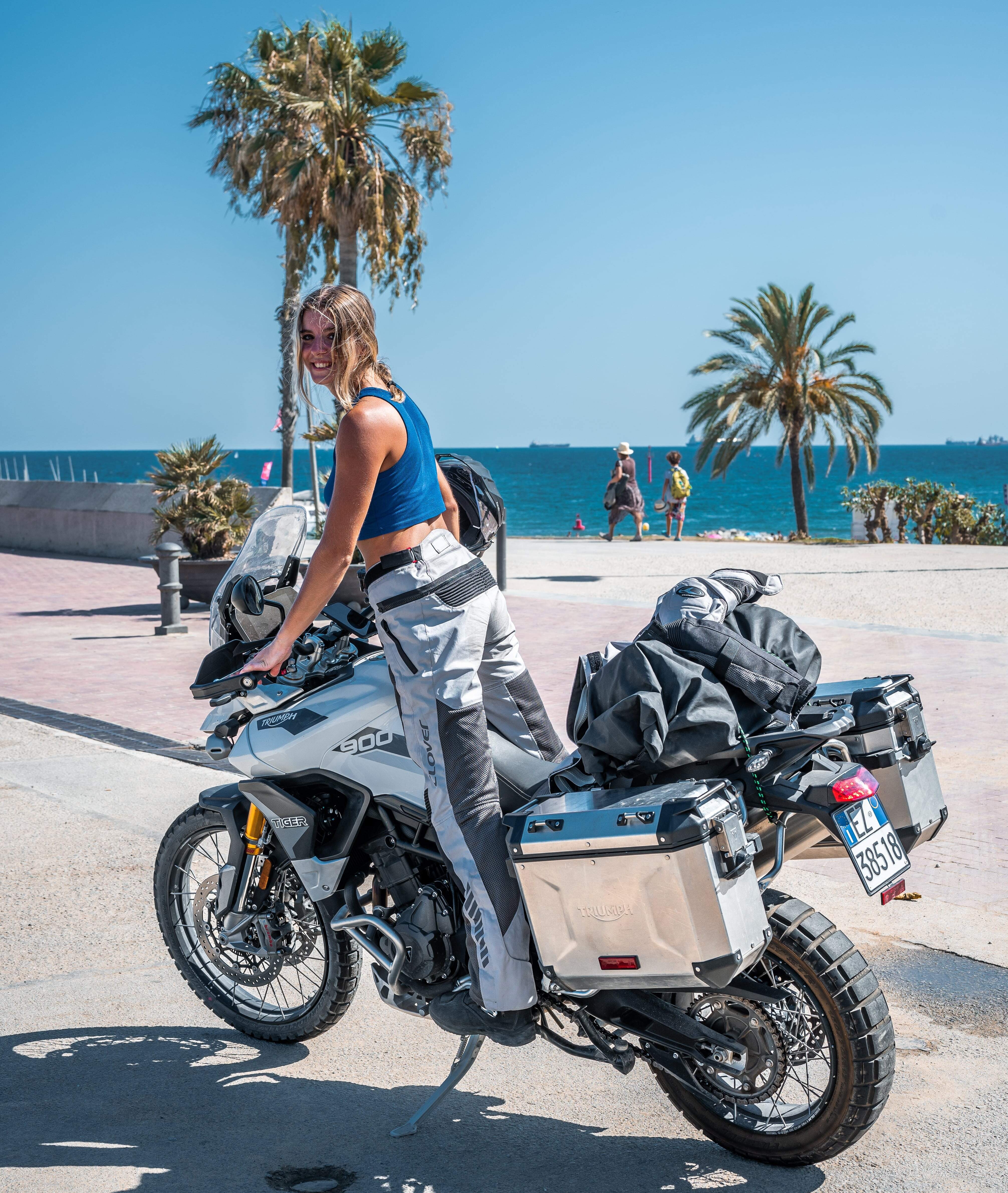 This day features the perhaps unromantic Autostrada or Autovia-7 as they call it there. Yes because all the way to Valencia we will get there not via dirt roads or scenic roads but via the Mediterranean Highway. The actual journey, in fact, begins right from Valencia in the direction of Murcia a truly charming medium-sized Baroque Gothic mixed style town.

From Murcia to Almeria

Significant stage of this trip is definitely the one from Murcia to Almeria because it will mark the abandonment of the coast in favor of the hinterland. The stage is definitely characterized Natural Park Cabo de Gata-Nijar Andalusia a geographical area with a very special light. 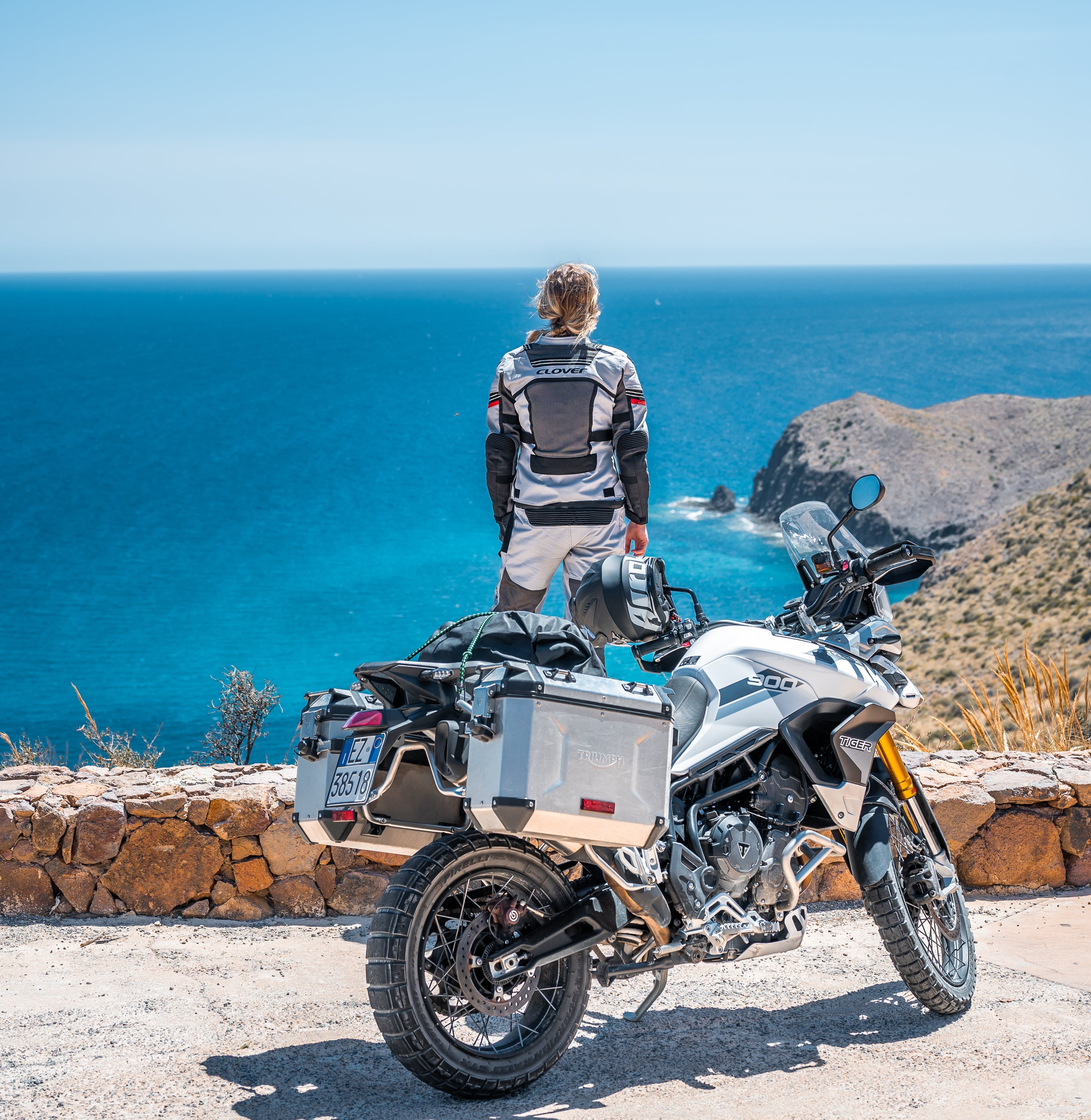 Arguably the most coveted place on this trip is the Tabernas Desert, 280 square kilometers of Martian landscapes that have served as the stage for a great many Italian-style westerns and was for a long time Europe's hollywood. Not surprisingly, right in the middle of desert is the Mini Hollywood Oasis a place celebrating the many films recorded over time. 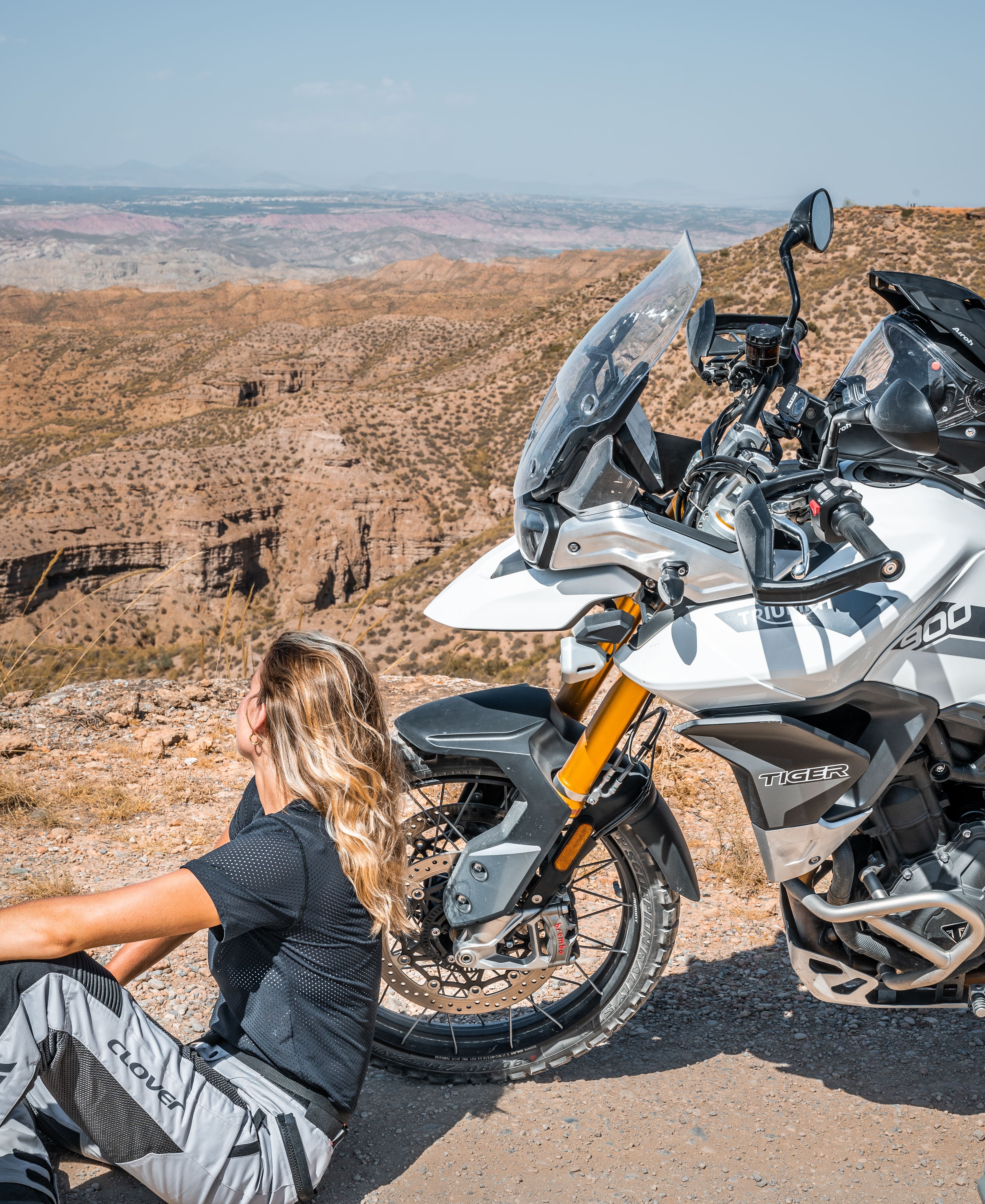 We continue northward into the Hispanic hinterland where it is possible to see many other scenic beauties, one among many being the Mirador del Camino Real, which provides a spectacular view of an immaculate body of water.

The journey continues not far from the coast without ever touching it among some important and lively Spanish cities such as striking Granada, surrounded by the Sierra Nevada in its medieval architecture. The last stop before entering Portugal is Sivilla, a beautiful city that stands on the Guadalquivir, a river that in the days of Christopher Columbus gave it commercial hegemony for trade from the "fledgling" America.

The arrival in Portugal and the return.

The last part of the journey begins in Faro, the first Portuguese city that takes us to the shores of the cold Atlantic for the first time. Although it will be no easy feat to reach it since separating the city from the ocean is a sea lagoon that is not easily navigable.

From here the journey continues with a solo of cliffs falling sheer to the Atlantic Ocean from start to finish before taking the return route stopping first in Madrid and then in Barcelona. 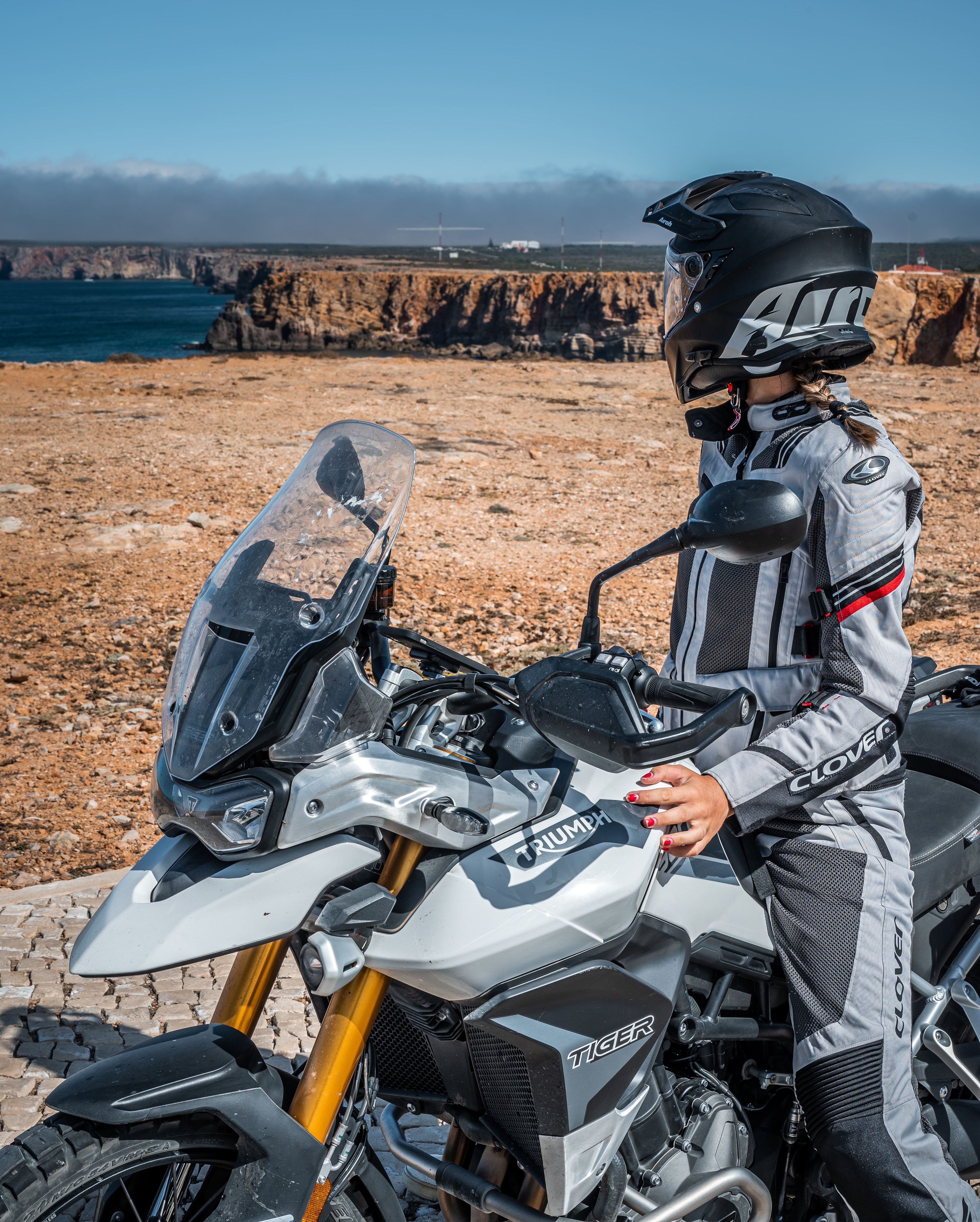 Check out the itineraries for this trip on WHIP

Download WHIP LIVE and search From Spain to Portugal inside the app to see, download or browse the routes taken by Mariaelena. Discover all the offroad passages and roads on this adventure.

The adventures of our Ambassadors

From Milan to the North Cape in fixed gear

An adventure that bears the name of Pietro Franzese, a young man conquering Europe with his homemade single-speed